What does a Financial Modeling consultant do?

Our financial modeling consultants help our clients make accurate predictions on how their products, services, or events would be affected by changes in other factors such as time and money.

We work with clients from all over the world. Our clients range from enterprise and corporate clients to companies that are backed by Private Equity or Venture Capital funds. Furthermore, we work directly with Family Offices, Private Equity firms, and Asset Managers. Most of our enterprise clients have dedicated Corporate Development, M&A, and Strategy divisions which are utilizing our pool of Financial Modeling talent to add on-demand and flexible resources, expertise, or staff to their in-house team.

The Fintalents are hand-picked and vetted Financial Modeling professionals, speak over 55 languages, and have professional experience in all geographical markets. Our Financial Modeling consultants’ experience ranges from 3+ years as analysts at top investment banks and Strategy consultancies, to later career C-level executives. The average working experience is 6.9 years and 80% of all Fintalents range from 3-12 years into their careers.

Our Financial Modeling consultants have experience in leading firms as well as interfacing with clients and wider corporate structures and management. What makes our Financial Modeling talent pool stand out is the fact that they have technical backgrounds in over 2,900 industries.

How does the screening and onboarding of your Financial Modeling talent work?

What happens if I am not satisfied with my Financial Modeling consultant’s work?

With our platform, you can fill full-time M&A roles, or staff your team with a Financial Modeling expert when you need an extra hand.

Everything you need to know about Financial Modeling

What is Financial Modeling

1) Parameter 1: The first part of a basic financial model usually consists of one to three known variables such as time period, rate of interest, or principal amount. The start date and the end date are assumed and must be justified with some logic. This parameter defines the initial value for which we can predict our outcome.

2) Parameter 2: The second part of a financial model usually consists of a set of variables such as rate of interest, principal, time period, interest paid per month, type of asset and any other variable that is considered important to predict the outcome. Some variables will have more than one parameter such as rate of interest and time period. The use of different rates may be justified by the fact that certain events will affect the time period differently or by some logic. For example, if you want to project how your principal is going to increase over a certain period at an average annual compounded growth rate then you would then include both variables in your model. A rate can also be defined by parts. For example, if we want to express that the interest rate is 4% per year and we want to predict increases in the principal amount, we will use a four percent rate thus separating time period, principal and interest. This may be the case if your interest is paid in monthly installments and you want to predict each month’s changes in principal at an average yearly growth of four percent per year. Another example would be that your principal changes with every payment regardless of how much you pay in total. In this case, all three of these variables (amortization, interest rate, and principal amount) would need to be included in the model.

3) Parameter 3: The third part of a basic financial model consists of the answer to the following question: “What is the expected value at this point?” This is where we project our final outcome. We can calculate this value in any way that makes sense to us. Some examples of how we could express the answer are: “I am going to be paying interest at an average yearly growth rate of six percent over a period of twelve years, and my principal is growing at a four percent annual compounded growth rate. I will be paying all my interest and principal back 12 years from now.”, or “Average yearly growth rate six percent, and principal amount is going to grow by four percent over the next 12 years”.

For example, we could do the following:

1) We may buy an asset for 100 dollars or we may have some type of debt or obligation that we need to pay off at some point. We could also have a special event in our life such as getting married, having children etc.; these things change over time so it is important to always reflect that in models such as this.

In economics and finance, mathematics plays an important role in understanding patterns of economic or financial variables over time. These variables can affect our lives directly by having a large impact on our cash flow. On a more abstract and less direct level, mathematics can help us to understand the relationships between factors that are less tangible and not directly measurable. Understanding how these factors change over time can help us to better plan for our future. 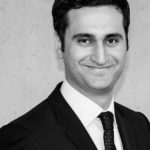 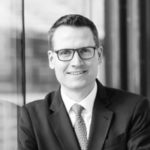 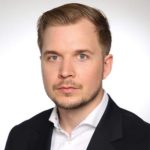