5 Crypto-Takeaways from EtHCC in Paris

What was there to learn from the hottest Ethereum conference this summer? Nadia Sergejuk shares her insights. 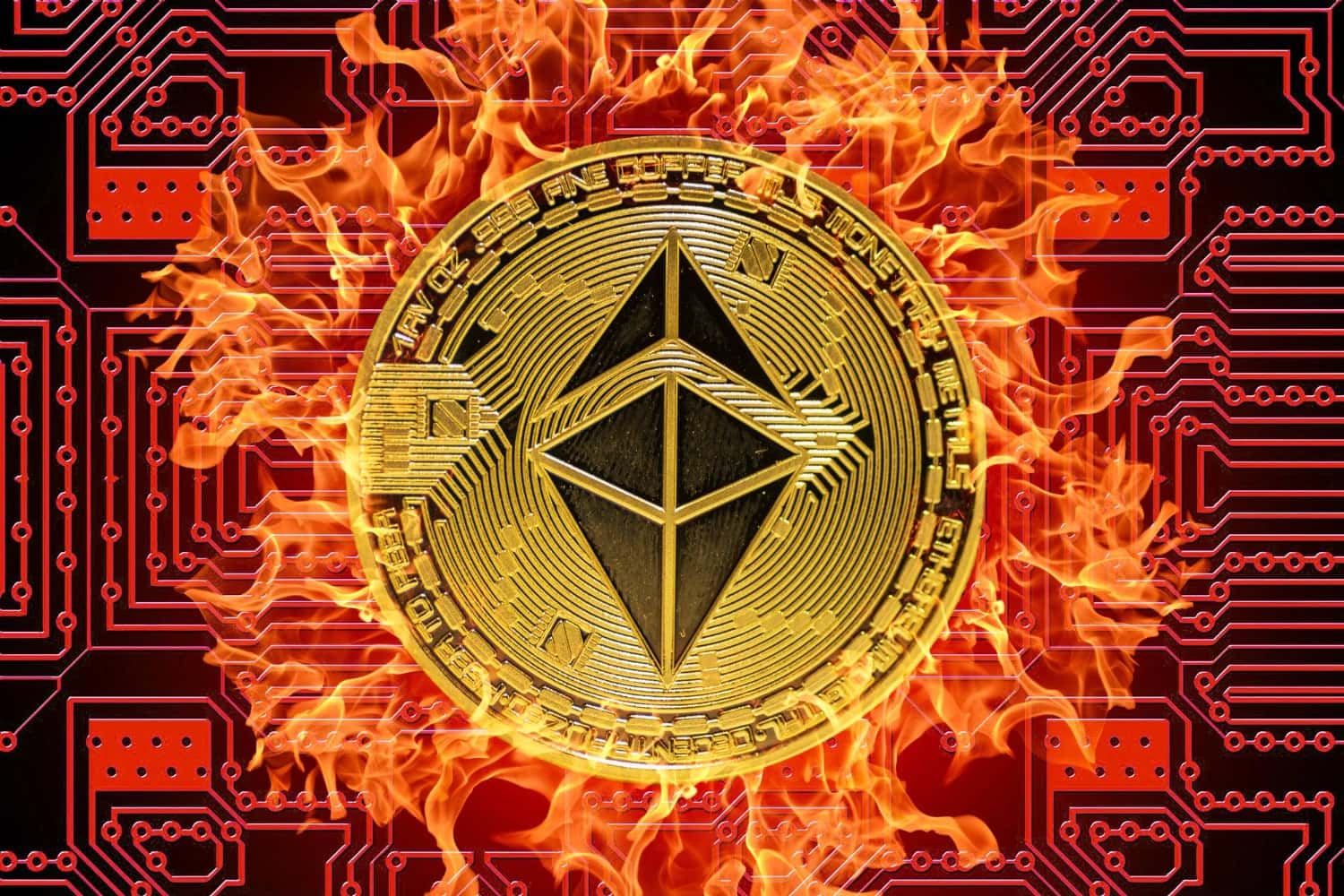 Nadia Sergejuk is an investment professional based in London. She’s interested in new technologies that have the potential to solve global challenges related to clean energy, the future of health and society, and enjoys exploring new crypto-projects and business models built on the back of DLT.

EtHCC in Paris, the largest annual European Ethereum Community Conference, took place in the middle of a historic heat wave – but that didn’t keep the ETH community from sharing blazing insights and opinions.

I left with many observations, but these 5 stood out – I believe they might shape the immediate future of the ETH ecosystem in particular, but also crypto in general.

1. ReFi aka regenerative finance – the new hot thing in the web3 ecosystem. Many initiatives can fall into this bucket. From tokenizing an investment (let’s say tree planting) to using blockchain to trade carbon credits. I don’t personally find these two use cases particularly interesting, however, I couldn’t help but notice the change of focus in the ecosystem. Thus, a broad interpretation of ReFi captures all types of public good initiatives.

The ecosystem is clearly shifting focus on how crypto can “regenerate the world” and provide solutions to real-life problems today. Topics like sustainable funding sources, environmental challenges, cognitive biases, diversity, and inclusion among other things were passionately discussed. This change of tone has the potential to solve the ecosystem’s image problem as well as some of the pressing challenges of our societies.

Industry insiders are actively advocating building for public good and addressing some of the inherent challenges of the crypto ecosystem. The slogan of GitCoin Dao is “We build for human thriving”, which is not just a way to attract a broader audience but a path forward to ensure sustainability and longevity of the industry. Should the ecosystem succeed in this transition, I’m sure it’ll have a bright future.

For the interested reader, I would recommend  “Greenpilled” by Kevin Owocki, which provides much more context on why, how, who, and when.

2. Privacy vs Transparency – is actively debated, and rightly so, as broad adoption will require an ability for users to keep some activities private and have a choice to decide what is disclosed to the wider world.

Some interesting privacy tools and innovation is being implemented in the space. ZK-SNARKs is a good example. The industry will have to give the users the privacy they deserve, but this must not come at the expense of some of the fundamental core values such as decentralization, immutability, and transparency. Some unpopular privacy applications such as Tornado cash caused reputational damage when it was used to cover up traces of fraudulent behaviors.

When talking about privacy vs transparency, one must also make the distinction between private and public blockchains. In the case of private blockchains, it’s easier to manage privacy concerns as there’s a central entity that can put a range of controls in place.

And as always, we have technical, user experience, and regulatory considerations influencing this dilemma. For the reader who’s unfamiliar with the topic, one of the greatest features of blockchain is a fully auditable ledger of transactions where anyone can join the network and as a result, view all information on that network.

I’m a strong supporter of both privacy and transparency and believe that the industry will have to strike a balance between the two. I will monitor the space closely as I believe that progress on this issue will help drive mainstream adoption.

3. DeFi will be the backend of CeFi – a controversial opinion shared by an industry OG as a proposal for a Twitter meme. The controversy arises because this is contradictory to the fundamental core values of Bitcoin – the mother of the crypto ecosystem. Immutability, decentralization, permissionless,  freedom from censorship, and middlemen are values worth fighting for.

However, and as it stands, most new and existing users have to use centralized exchanges to on and off-ramp, ie. send fiat currency to buy crypto or convert crypto back to fiat  to carry out everyday transactions via a traditional bank.

One thing is clear, the current goal of the DeFi vertical should be to bring more real-world use cases and assets to the blockchain. Furthermore, the real-life problems best addressed by the vertical are mostly prevalent in emerging economies, where access to financial infrastructure and stable currencies is limited. A paradox arises as most industry builders come from a background that makes it difficult to fully grasp the challenges of daily life in emerging economies, which the industry insiders happily admit . Hence, Tthe ecosystem is therefore in need of people from all walks of life to build solutions needed today.

4. Infrastructure services – auditing of smart contracts by independent service providers is a big trend that aims to give users a sense of security and legitimacy. Whether or not an audit can capture all potential issues with a line of code is another question. I think a parallel can be drawn to traditional auditing firms. Irrespective of the audit firm’s professional skills and history an audit is not a 100% guarantee that everything is in the finest order.

The provision of infrastructure services is a great opportunity for firms that want to enter the space as demand outstrips supply, and the current average waiting time for a smart contract audit is around12 months.

Consensys is the dominant player in the market and builds developer tooling and other industry services that enable a smoother experience for devs. Several early-stage companies discovered this need in the market and focus their efforts on providing infrastructure tools that enable developers of web3 applications. The need for stronger and more scalable infrastructure to onboard the next 1 bn users was highlighted several times by the industry insiders.

Another important area of the crypto infrastructure are decentralized autonomous organizations aka DAOs. The ecosystem is fully aware that these are not without issues. Industry influencers encourage innovation within the DAO structures admitting that completely flat hierarchies are not necessarily the best way to organize people and capital. DAO managers, in turn, admit that running, moderating and managing a DAO is a stressful, time consuming and ungrateful affair. Coming from a corporate background, I believe that the industry can learn a thing or two from traditional entities on how to manage projects and workstreams. Several startups are focusing on how to solve some of the issues faced by the DAOs. These include automation and streamlining of activities such as community and treasury management, governance, community engagement and contributor productivity to name a few. In summary, these businesses are architecting autonomy.

It makes sense to think about this stage as a time when we build the foundation of the entire ecosystem. And as the saying goes, when everybody is digging for gold, it’s good to be in the pick and shovel business.

5. Regulatory and Policy – the ecosystem is waking up to the fact that regulation and politics are an inevitable part of life, and it would make sense to collaborate and influence the direction as more regulation is expected in the next couple of years.

It was highlighted that the industry insiders are communicating with the government officials in the EU, but I’m unsure if the activities are coordinated and represent the ecosystem as a whole. An issue discussed was that the euro-backed stablecoins are created by US-based entities, which in turn are regulated by the SEC. This illustrates that at least on the topic of stablecoins, which are systemically important for the industry, the EU is not the most preferred jurisdiction for the firms to operate in. In its quest to protect consumers the EU regulators ended in a state where euro-backed digital assets are governed in overseas jurisdictions.

One thing is clear, the industry will continue innovating and pushing the boundaries of the law and the policymakers. From the political perspective, it would be a mistake to kill the industry’s experimental leeway as it will diminish the European competitive advantage on the world stage. I’m also certain that the industry will find creative workarounds should the regulator become too rigid.

Additionally, topics like decentralized dispute resolution and self-regulation caught my attention as these have the potential to become strong tools that shape the industry going forward.

I also had the pleasure of meeting several young, bright lawyers and legal scholars that entered the space in the last couple of years. They focus on research and driving the change within the space to put topics like governance, ethics, and policy top of mind with industry insiders.

Due Diligence Checklist for India – What you should pay attention to

10k in 37 minutes: How Freelancing changed the life of this Dutch-Kenyan banker 

Nadia Sergejuk is an investment professional based in London. She’s interested in new technologies that have the potential to solve global challenges related to clean energy, the future of health and society, and enjoys exploring new crypto-projects and business models built on the back of DLT.
Hire Nadia Sergejuk

Tier-1 M&A talent, accessible to everyone.